Multiculturalism in our community? It starts with you! 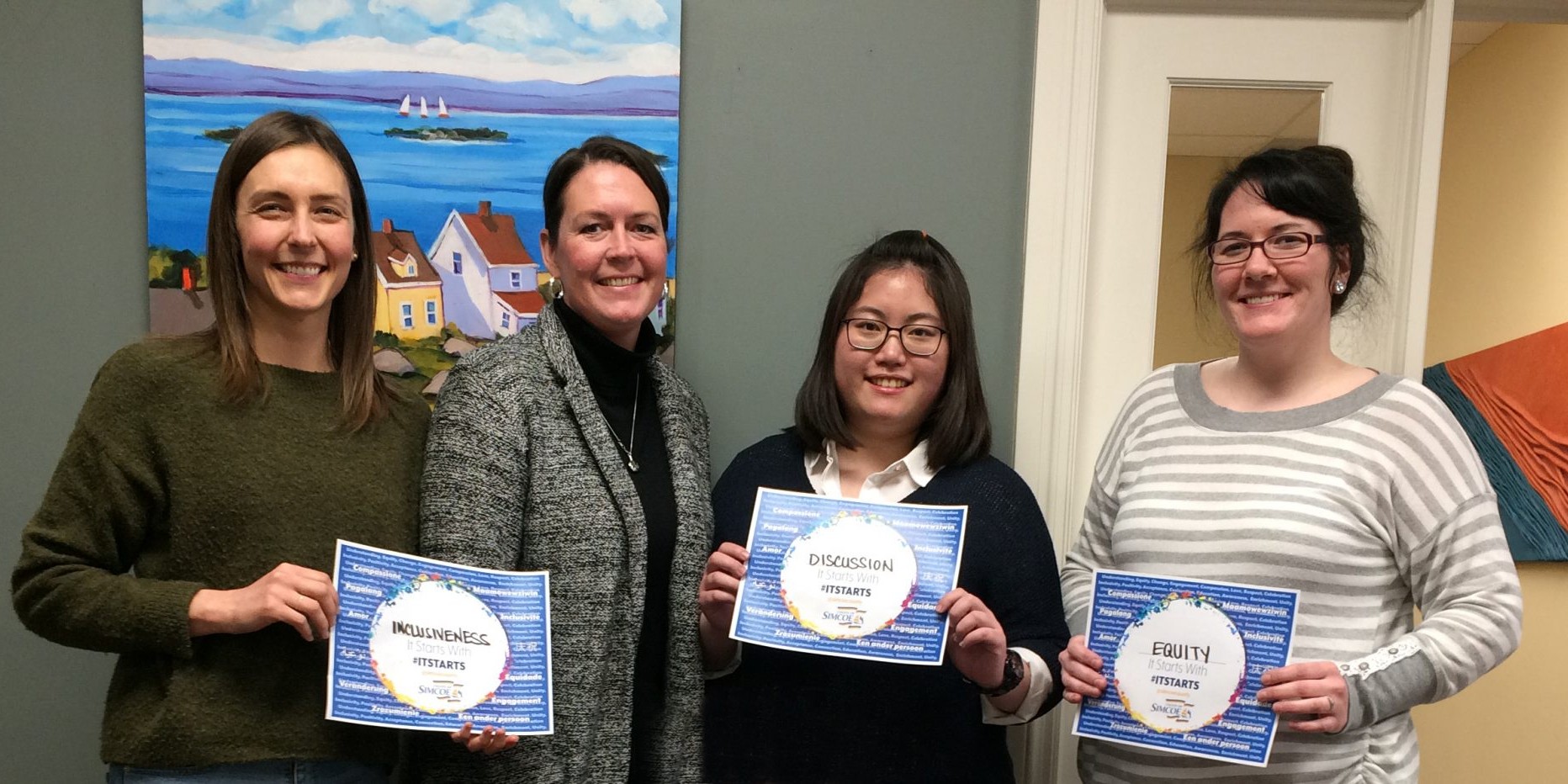 In recognition of International Day for the Elimination of Racial Discrimination on March 21, the County of Simcoe has once again proclaimed March as #ITSTARTS Month. The annual #ITSTARTS campaign promotes inclusion, acceptance, and equity within the vibrant, diverse and growing communities that make up Simcoe County.

#ITSTARTS aims to raise awareness about the value and importance of multiculturalism in our communities. The social movement encourages Simcoe County residents to complete an #ITSTARTS card and share a photo or video through social media using the hashtag #ITSTARTS. Residents are asked to tag @simcoecounty (Twitter), @CountyofSimcoe (Facebook) and @CountyofSimcoe (Instagram) in their messages.

#ITSTARTS cards in English are available at local libraries. Both English and French versions can be downloaded from www.simcoe.ca/Itstarts, which also hosts resources, tips, and tools on taking safe and purposeful action against racism and discrimination. Videos and photos throughout the month will be shared and promoted through the County’s website and social media channels.