Change in the air in downtown Orillia 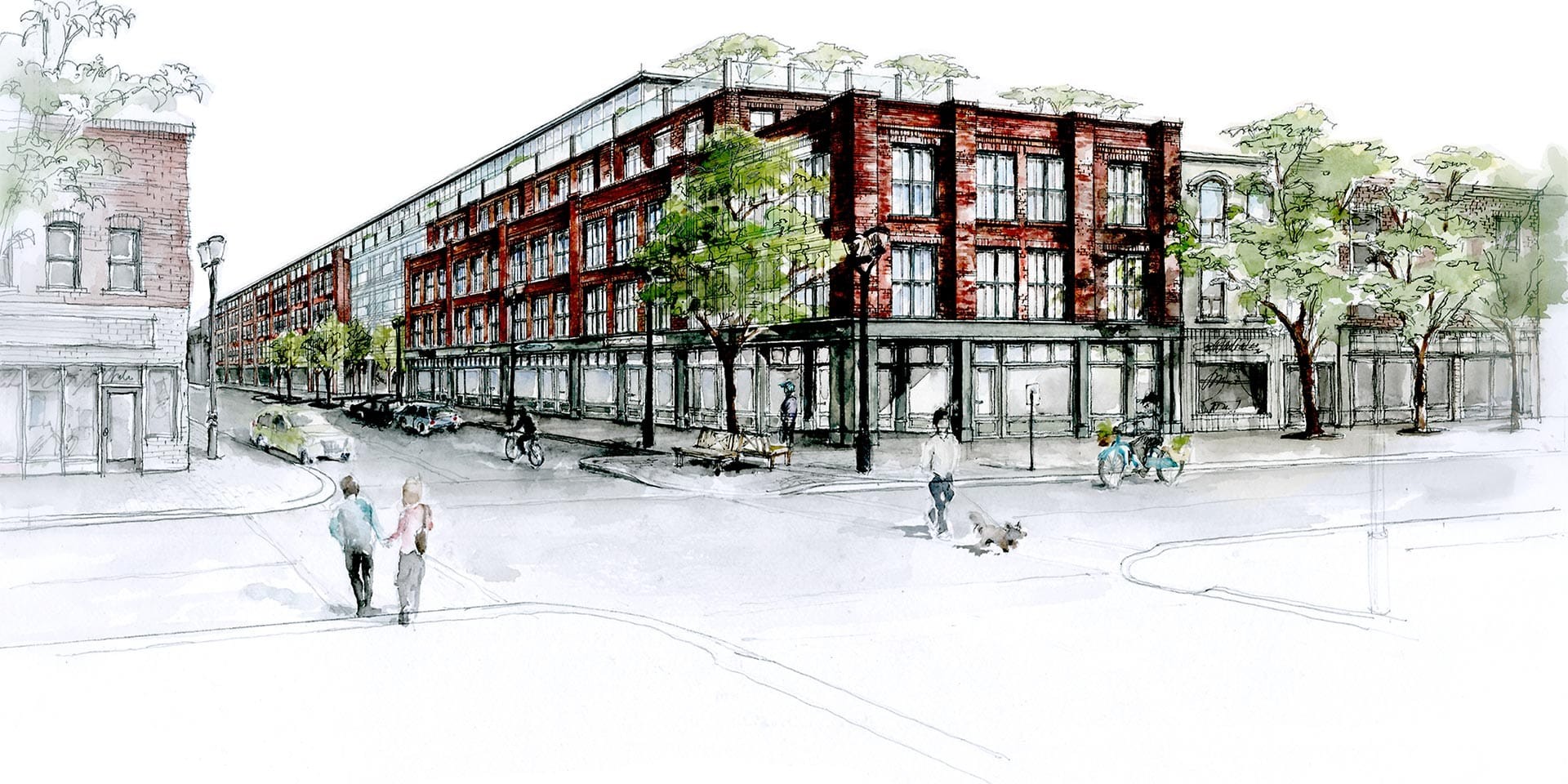 Investment in Orillia’s historic core is occurring with new-found intensity as developers, lured by the downtown’s historic charm and relative affordability, set the stage for the future.

According to Lisa Thomson-Roop, of the Downtown Orillia Management Board, the degree of development underway surpasses “anything in the last decade.”

“It is a lot of really pivotal projects that are occurring,” Thomson-Roop said. “Buildings that have been an issue for years are, with a lot of work, being addressed. It is a huge catalyst for the area.”

Matchedash Lofts, Couchiching Craft Brewing Co. and The Common Stove restaurant, are among the emerging high-profile projects drawing attention to the main street these days.

Geoffrey Campbell, managing partner of Oakleigh Developments, the firm behind Matchedash Lofts, pointed to Orillia’s focus on infrastructure, including its new recreation facility and waterfront redevelopment, as a key driver in the decision to build here.

“Those investments that the city has made are very attractive to newcomers coming in, to show that this is a city that cares about its future and is investing in its future,” Campbell said.

The city is likewise encouraging investment in Orillia’s core with a municipally funded grant program aimed at stimulating downtown development.

“With a number of upcoming projects scheduled to be completed in 2020, staff anticipates an even more successful year ahead,” said Laura Thompson, Orillia’s manager of real estate and commercial development.

Recent projects that benefitted from the program together represent more than $1.65 million in investment.

The latter project represents a $500,000-plus investment for the building’s owner, Toronto-based architect and Orillia native Chris Montgomery.

Montgomery views Orillia’s downtown as an attractive investment opportunity due to the relative affordability of real estate.

“You can be buying a six-, seven-, eight-thousand-square foot commercial building on the main street for half the price of a house in the city of Toronto,” he said.

Orillia’s protection of its “small-town” character is equally attractive to investors, Montgomery believes.

“It still has a downtown integrity that is healthy and supports a smaller scale city lifestyle for families,” he added.

Montgomery’s building will feature The Common Stove restaurant on the ground floor and a large apartment unit at the rear, along with more apartments upstairs.

Startup funds from the city granting program “have absolutely been instrumental in our budgeting and our planning,” he added.

Campbell points to the municipality’s Downtown Tomorrow Plan — a document that helps guide development — as an important tool to guide growth while ensuring the area’s historic charm isn’t sacrificed.

“When we read that document, it resonated with us,” he added.

STORY BEHIND THE STORY: As the city’s core undergoes substantial change through new investment, Simcoe.com decided to explore the factors that are attracting developers to the downtown.