Orillia is growing thanks to millennials, investors and entrepreneurs 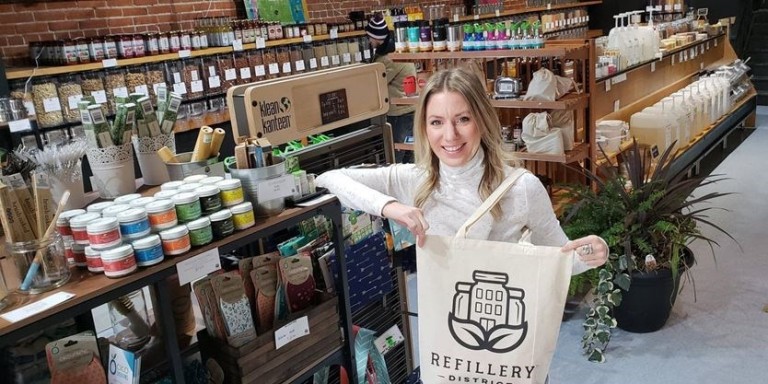 The heart of our city — Orillia’s historic downtown and waterfront — is growing thanks to millennials with on-trend ideas, big city investors, and long-standing entrepreneurs.

It’s a multi-layer approach to building our economy that gives Orillia a strong chance to be successful, said Laura Thompson, the city’s manager of real estate and commercial development.

“When you’re looking at your economy, you want to make sure all your investment isn’t coming from one place. The thing that makes Orillia’s character unique is we’re not just one thing. I think that mix of investors is really important in maintaining that character,” she said.

Take a look around and you’ll see:

In the past three years, 43 new businesses have opened and are still operating in the downtown.

“Obviously, to make way for those new businesses, we had businesses close, but that is the natural course of a changing downtown,” said Lisa Thomson-Roop, manager of the Downtown Orillia Management Board.

In 2018 alone, 22 new businesses opened, there were four expansions and major renovations, and one business sold and is in operation.

His daughter, Jenna Clarke, is among the new millennial entrepreneurs. She opened Rustica Pizza Vino.

“Millennials are interested in where they are going to live more based on quality of life than the actual job. The job is still important… but they’re more interested in what they’re doing when they’re not at work,” Steve Clarke said.

That’s a change in Orillia’s favour, he noted.

“Twenty years ago, they would finish college or university and couldn’t wait to go somewhere else to work. Now their choice is to come back. It’s pretty cool,” Clarke said.

The city-owned Metro plaza and former rail lands along Centennial Drive will be the focus of continued interest in 2019, as council pursues a vision for the area that focuses on private development with a mix of residential and commercial uses.

Clarke wants to see a huge civic square at the corner of Mississaga St. and Centennial Dr. at the waterfront.

“Maybe there is a nice little restaurant and hotel surrounding it to create that vibrancy,” Clarke said.

Matchedash Lofts and the Sterling Group townhouse development will mean people living in the downtown and that’s a game-changer, said Thomson-Roop.

“You’ll see stores that will come in to serve people living here, people with disposable income too,” she said.

Orillia is poised for growth and it continues to rank as one of the top places to live and invest in Canada.

The province’s Growth Plan for the Greater Golden Horseshoe predicts Orillia’s population will grow by about 34 per cent by 2031.

In 2018, the Real Estate Investment Network identified Orillia as a market that is “poised to outperform” other areas of Ontario over the next five years. The report lists Orillia ninth on a top 10 list of towns and cities for real estate investment.

He noted: if Orillia follows through on its vision, the city will become the envy of Canada.

“They are very distinctly working toward a future while maintaining the character that is Orillia,” Campbell said. “We are bringing in new jobs and new employment, but we’re also revitalizing the waterfront and making sure the buildings in the downtown are heritage.”

Campbell — a millennial himself — said his family chose to develop in Orillia because they want to live here.

“We started looking at historic community centres that had the urban character of being inside of a city, but had the community feeling of being away from a city,” Campbell said.

And people from the GTA are noticing too.

“We have had friends looking at buying up here and moving up here because people are starting to realize that the quality of life in Orillia is something that can’t be matched elsewhere,” Campbell said.

You can help make the downtown even better: shop local, urges Thompson.