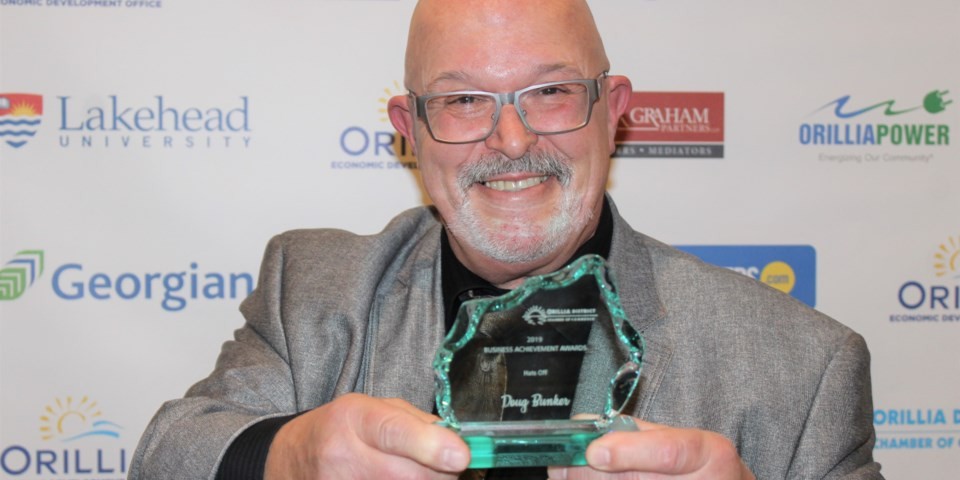 They serve you food, sell you cars, provide shelter to those in need and promote the area to tourists, and on Wednesday night, they were in the spotlight.

The Orillia District Chamber of Commerce held its annual Business Achievement Awards at the Hawk Ridge Golf and Country Club, where 14 honours were handed out.

“This is an exciting time for us,” chamber president Nathan Brown said, noting he had challenged members last year to strive to win an award this year. “This is a great way to recognize them for those efforts.”

The chamber switched things up a bit this year. Instead of announcing the winners in advance, judges chose from three nominees — four in the customer service category — and the winners were revealed during the event.

“We believe this will create more excitement,” awards chair Nathan Housser said, referring to it as the “Oscars of the local business community.”

The final award handed out was a special one for the chamber. Its special events co-ordinator, Doug Bunker, picked up the Hats Off award.

“It’s kind of rare on the chamber awards evening that we would give a staff member an award,” past president Dean Beers said, but added Bunker was “well deserving.”

Bunker has worked for the chamber for more than 33 years. His duties include organizing the annual Orillia Perch Festival and Orillia Waterfront Festival and representing the chamber at trade shows.

“Really, it’s making Orillia a playground for people to come and enjoy,” he said. “It’s kind of a hobby that pays. It’s a pleasure, and I’ll continue until I decide not to.”

New Business of the Year

See all of the red carpet photos here!