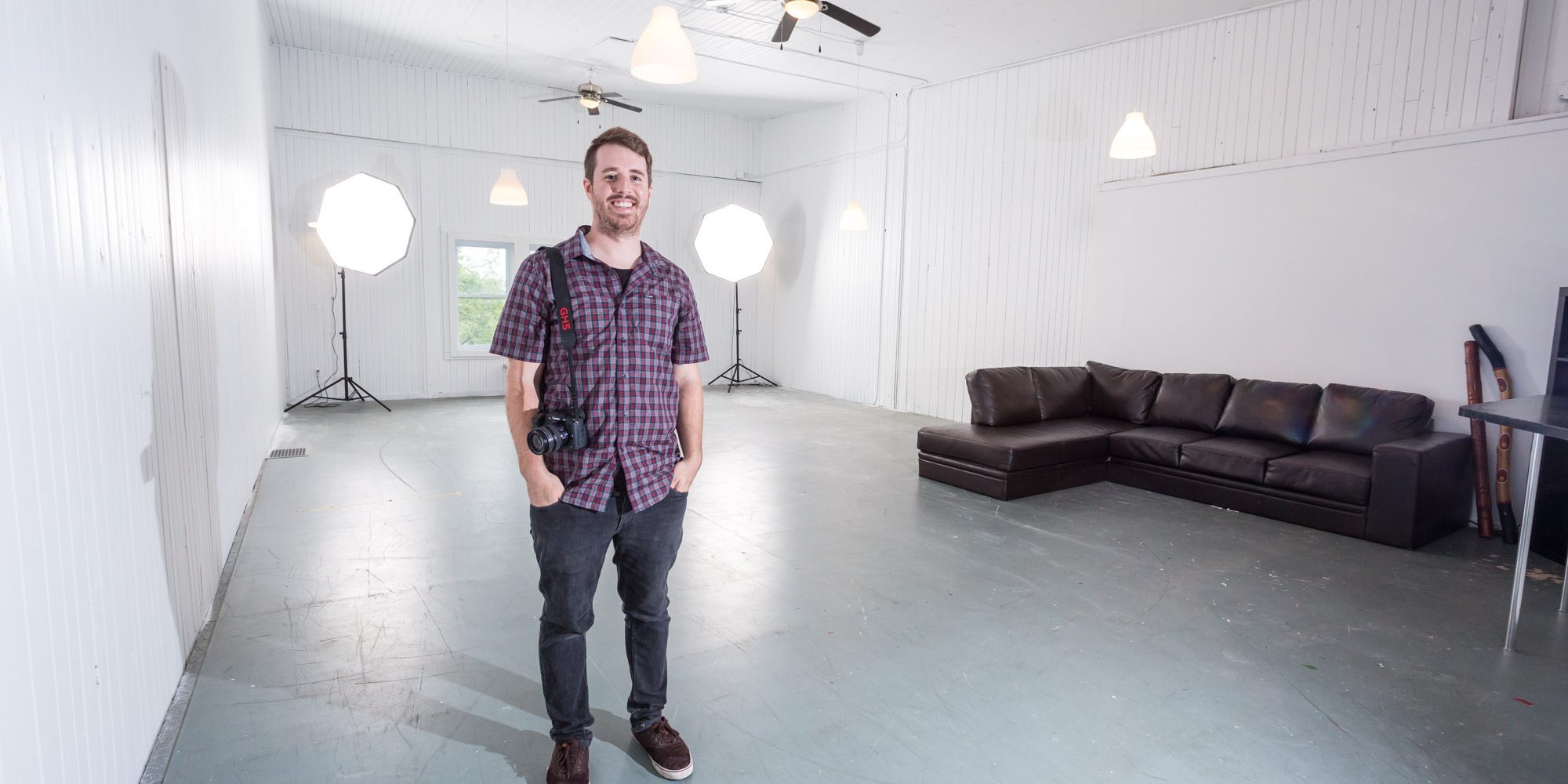 For Tyler Knight, the road to entrepreneurial success has taken some unexpected twists and turns.

Originally, he thought his creative flair and eye for detail would be qualities that would help him become a first-rate cabinet maker. But after learning the trade, he realized it wasn’t for him. So, he took a job at Kahuna Surf Shop and soon found himself teaching kids how to skateboard. “I started video-taping them to help them learn and a parent asked me if I would video their wedding,” recalled Knight, who’s from a family of entrepreneurs.

With a loan, he purchased an $8,000 professional HD camera and became a videographer. The gig ignited a long-flickering flame of creativity that sparked into a full-fledged passion which he turned into a business: KnightVision was born.

When he went to the Community Development Corporation (CDC) to register his new business, he discovered what he calls one of this city’s best-kept secrets. That initial introduction has led to a years-long relationship and has been integral to the growth and development of Knight’s enterprise.

“I can honestly say the CDC has built my business,” says Knight, who is grateful for their help and advice along his journey. “But they also hired me for some shoots. I did a video to help promote their office and services, then I did some videos of their professional development series, profiled some of their clients … it gave me so much confidence when they hired me. It kind of gave me legitimacy in the community.”

He has also tapped into some of the CDC’s resources. Early on, he applied for funding through their Community Capacity Building Fund to purchase a new computer. A few years later, he was successful in landing more money from the fund to purchase a professional camera to help him break into still photography.

And as his business blossomed, KnightVision became so busy he knew it was time to hire a full-time employee. “I told the CDC I wanted to hire someone and they told me about their new Pathways to Employment program,” he explained. Under that program, a wage subsidy of up to 75% is provided to an employer to hire a youth aged 15-30 for 26 weeks. “It’s been a perfect partnership. It’s allowed me to hire a production manager and the hope is that the position will become self-sustaining.”

More importantly, the new employee has helped remove a heavy burden from Knight’s shoulders. “I feel like the business side of things was kind of taking away my passion,” said Knight. “Now I can focus on being creative and doing my craft.”

His craft is excellent videography and photography for a range of clients big and small in Orillia and beyond. While his services are much sought-after for weddings, he also documents large-scale events with multiple cameras and does a range of corporate communication videos and photography.

“For example, for the past few years I’ve been hired to document Music Monday which was held earlier this year in Ottawa,” said Knight. “I was also recently hired by Canlan Ice Sports and my photography is now in 20 different arenas, in their pamphlets, on billboards … I have a few big corporate clients and lots of smaller ones that I work with.”

And while Tyler loves being behind the lens, he’s discovered he may like teaching his craft even more. “My end goal is to be an educator. I want to teach people how to photograph using film the old-fashioned way … I really like to teach.”

With that in mind, he recently opened a new 1,500-square-foot studio and gallery that he hopes becomes a cultural hub. “My plan is to do workshops there because Orillia is a community of artists, musicians and creative people. As far as I’m concerned, nowhere else in Canada has as much talent and creativity per capita than Orillia. I love this place. Orillia has spawned and supported my business … I will never give up on Orillia.”

DRKRM Studio & Gallery held its first exhibition on June 30. More than 150 people dropped by to see the 70 pieces from 44 local artists on display.  A closing reception is being held from 5:00 pm – 9:00 pm on July 31. DRKRM Studio & Gallery is located downtown Orillia at the rear entrance of 18 Mississaga St. E.