Pet project in memory of Knapp 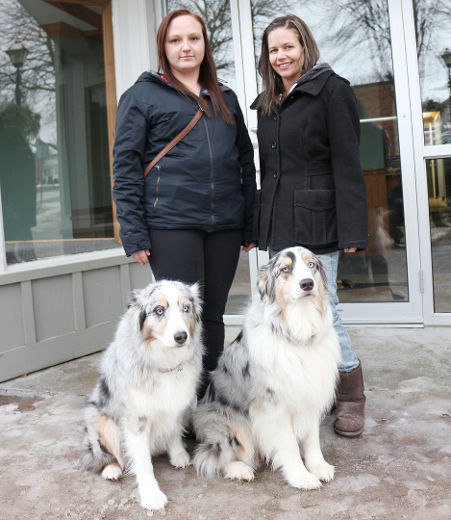 Two Orillia women hope to open a downtown pet store as a salute to a fellow animal lover and business owner.

Lindy Scully and Amanda Mack both worked at J&K Pets on Mississaga Street until the store’s owner, Dave Knapp, died suddenly in October.

“I worked there for four years and just loved it,” said Scully, who is Knapp’s daughter-in-law.

Mack, who worked at the store for three years, said it was the best job she ever had and something she continues to miss.

Scully, whose partner is Knapp’s son, Kyle, said they want to recreate the positive and personal feel J&K personified during its six years of existence.

“We are trying to resurrect the store in the core of Orillia, where it belongs, in memory of Dave,” she said, adding the new location would be called Dave’s Pets and Supplies.

“The feedback we’ve gotten so far has been phenomenal. We’ve had some former customers offer to help us out, including help with painting.”

The pair have also started an online funding venture to try to raise some of the needed money and hope to hold an online auction soon. As of Tuesday, the fund had raised close to $1,700 of its stated $10,000 goal.

“I’ve also applied for a personal loan since it costs about $40,000 to set up a pet store,” Scully said, adding money raised through the public campaigns will help the pair pay for incorporation costs.

Scully and Mack, who would like to have the store open by March break and already have a location in mind, said they’re also working closely with the Downtown Orillia Management Board and the Orillia Area Community Development Corporation.