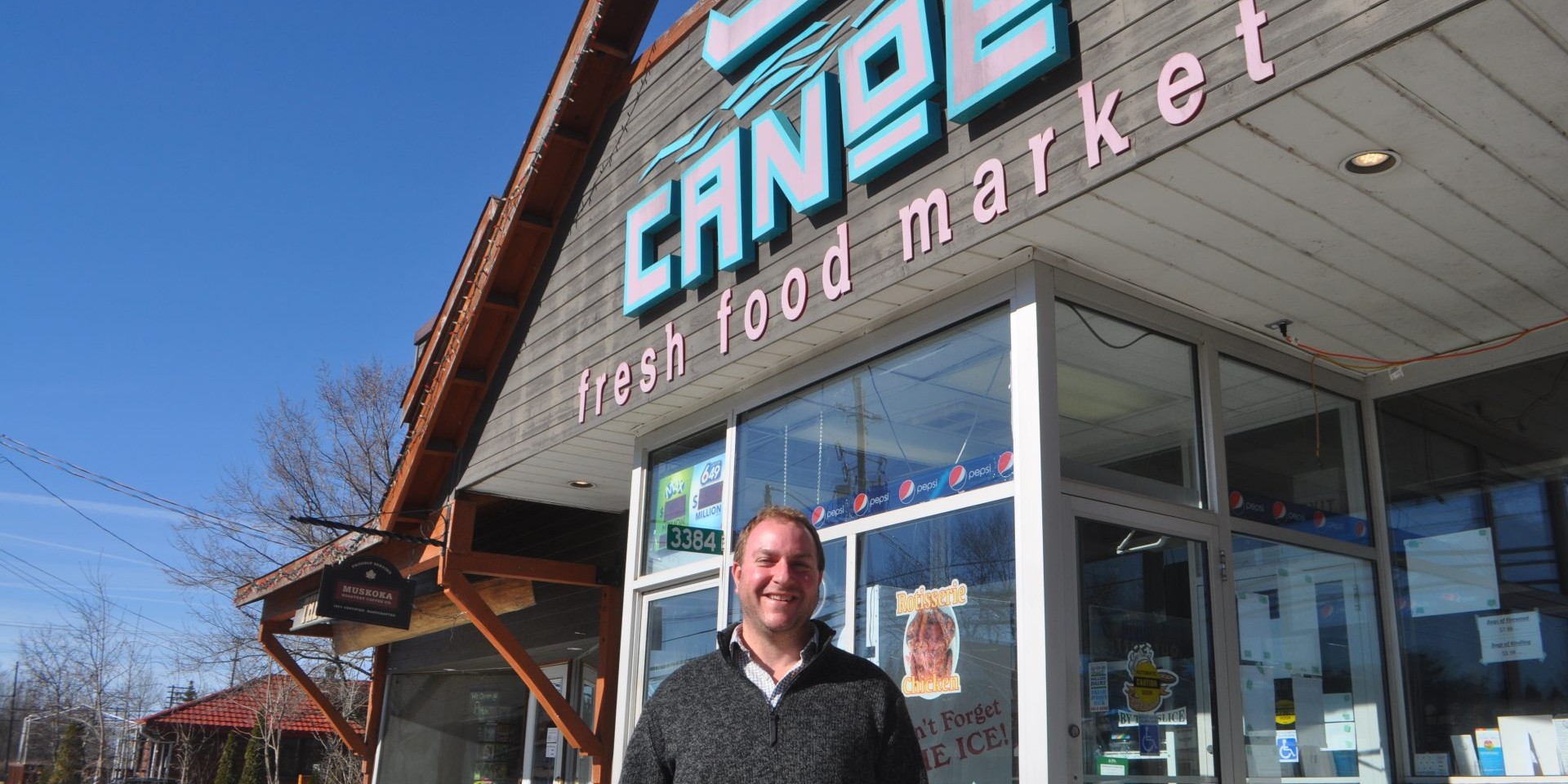 After years of travelling hundreds of kilometers across the province almost daily, an hour-long drive to work just isn’t a big deal for Ryan McLean.

That’s one of the many reasons he and his wife Gaynor Macmillan jumped at the chance last July to purchase a Washago grocery store and bakery that boasts a strong local and seasonal clientele.

“We just loved the feel of the location and we love the area,” says Ryan, whose wife teaches at Jean Vanier Catholic High School in Collingwood where they continue to reside.

Located in the heart of the picturesque village on Muskoka Street, Canoe Fresh Food Market offers a wide selection of produce, perishable goods, an ample frozen-food section and a deli where shoppers can purchase ready-made or made-to-order sandwiches and subs.

Ryan says it’s not often an opportunity arises to own a business he’s admired and enjoyed visiting for years after developing a positive and friendly rapport with previous owners Mary and Rod Harth, who still call Washago home.

“He said he was thinking of selling and I thought ‘maybe I should buy it,’” Ryan explains. “It’s ‘cottagey’ with all the canoes hanging down and the paddles around the store.”

The store also benefits from a dedicated and passionate staff, including many who have been there since it originally opened.

“We just loved the feel of it so we didn’t want to make any major changes,” Ryan says, noting they’ve introduced some different products while adding new freshly-squeezed juice and coffee machines.

But above all, the homey bakery and coffee shop remains a huge draw in the small community with a population that increases dramatically during the busy summer months.

“We have a wide range of cakes and sweets and our deli is becoming known for its meat pies,” says Ryan. “We’re constantly evolving with what we offer.”

But the purchase might not have come to fruition had it not been for the helpful folks at the Orillia Area Community Development Corp. (CDC).

“The CDC was great in terms of helping us with our first business,” Ryan says, noting loans officer Susan Stacey was always available to help guide the process and answer the myriad of questions any first-time business operator might have.

“She helped with the whole process. Everything was so smooth and communication was outstanding. She was very clear in what she needed from us so it made it easy.”

“We would use them again 100 per cent. I recommend them to people in this area. I don’t think I could have done better.”

Before making the move to become his own boss, Ryan worked in the food-service industry for close to a decade with the last five years serving as a sales representative for Sobeys where he covered a massive territory that would take him as far west as Grand Bend, Elgin and Owen Sound and as far north as Sault Ste. Marie, Timmins and Kapuskasing.

“I traded six to eight hours on the road every day for one and a half,” Ryan says, noting he also enjoys travelling via the picturesque backroads that connect Collingwood to Washago.

And for the coming summer, Ryan, Gaynor and their eight-year-old daughter Freya are renting a cottage in Washago.

Find the story on OrilliaMatters