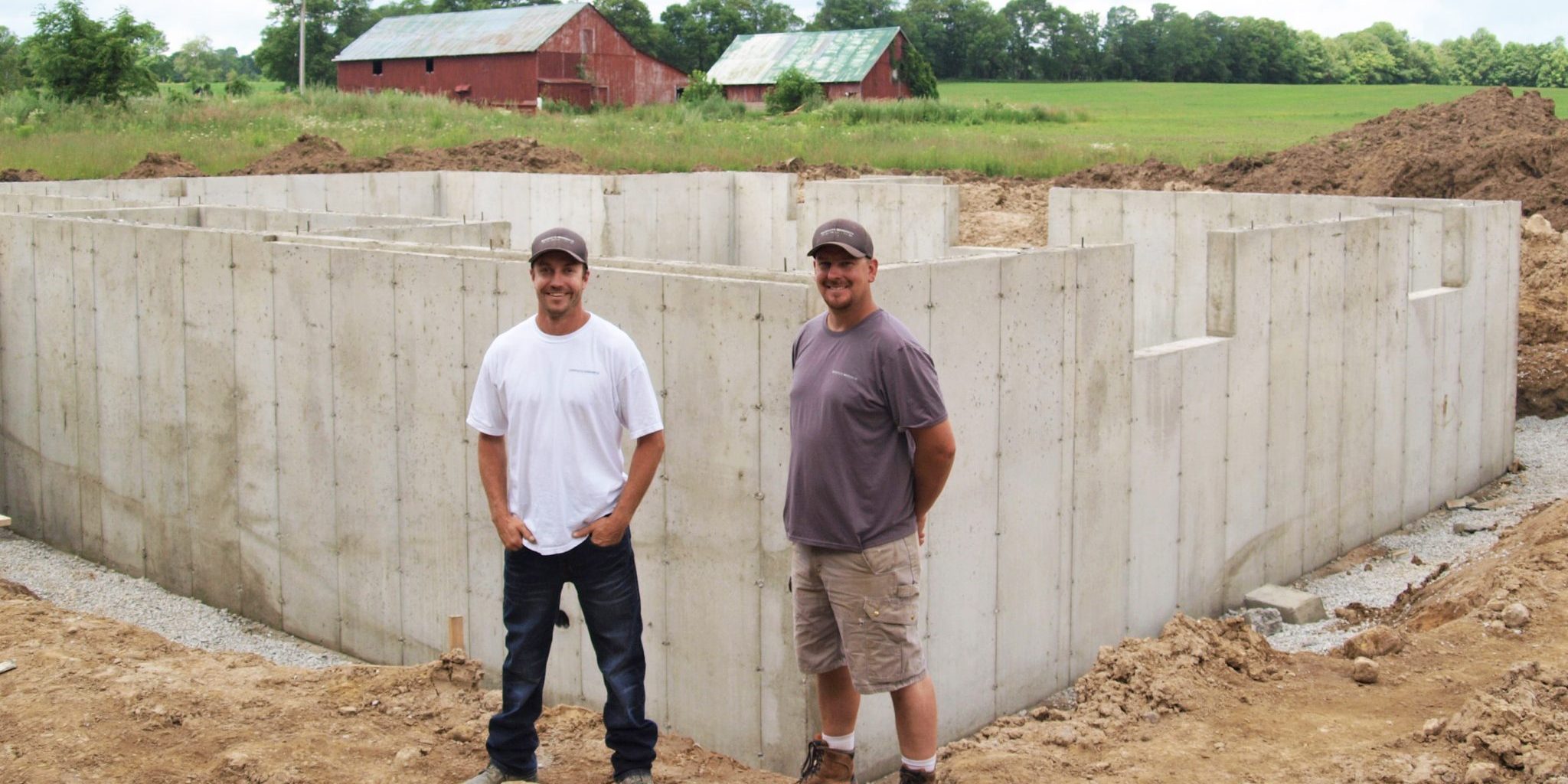 Ryan Crolly, left, and Trevor Lamondin joined forces to create Complete Concrete Forming. With the help of a loan from the CDC, the duo started from scratch and have built a business with a rock-solid foundation that is growing at a rapid pace.

Building a business is a little like building a house: without a solid foundation, both are doomed.

So, when long-time pals Ryan Crolly and Trevor Lamondin decided to cement their friendship by starting a business together, they knew they needed help. With that in mind, the duo reached out to the Community Development Corporation (CDC), which offers business financing and coaching among a menu of other services tailored to help local entrepreneurs find success.

“One day, Ryan told me he was interested in starting his own business,” said Lamondin, who started a construction company immediately following high school. “I asked him what was holding him back. And he said money. I had a little bit of money I could contribute but it wasn’t enough. A friend of ours had told us about the CDC and how they offer business loans.”

The duo made their way to the CDC’s Peter Street office, where the non-profit organization’s staff “bent over backwards” to help them. With a loan, assistance to complete a business plan and a promise to help when needed, Crolly and Lamondin started Complete Concrete Forming.

“We do footings, foundations and weeping tile around the outside and we damp-proof the basement so it’s ready for backfill and then the framing can start,” said Crolly, explaining the business. “The key is to make sure everything is square and level,” he said, pointing, with pride, at the concrete foundation his company built for a new home to be built on Warminster Sideroad. It’s the fourth foundation they’ve built for that project, with five more planned.

The loan from the CDC allowed the duo to start their business on the right foot. That meant new trucks, quality tools and, perhaps most importantly, new forms – the wooden panels that shape the cement into exactly the shape needed for a particular project. “We considered used forms but Ryan said no. ‘Let’s start with the best product and a competitive price,’” said Lamondin. “As long as you do quality work, the rest will take care of itself,” added Crolly.

It’s been a winning formula. “We do excellent work and the new forms ensure everything is flat and square,” said Crolly. “The new trucks, the new equipment … it helped give us the professional look that is so important.”

Thanks, in part, to a hot housing market and, in part, to their growing reputation for quality work, Complete Concrete Forming is booming. The company now has four trucks, five trailers, two sets of forms (each are worth about $80,000) and two crews that are kept busy.

“At the end of last year, we had four guys and now we have nine, which basically gives us two crews,” said Lamondin of the company’s growing stable of labourers. “We think we likely need a third crew, so we’ll probably be hiring more guys.”

While the business partners expected their services to be in demand, they both admit they have been even busier than they anticipated. “We envisioned that we would grow, but it has come a little quicker than we expected,” said Crolly. “It seems everyone is building and buying right now, so the timing has been good for us.”

So good, in fact, the enterprising duo have already paid off their loan to the CDC. But they still rely on the CDC for advice and their business savvy. “We’re construction guys, not office guys,” said Crolly. “They have been really helpful to point us in the right direction. When we needed to do a business plan, they put it in laymen’s terms for us so we could get it done … they’ve been great to work with.”

And had it not been for the CDC’s willingness to take a calculated gamble on their business, it might have remained a dream unrealized. “At that point in time, if it wasn’t for the CDC, we probably wouldn’t have been able to do this,” admitted Crolly.

Now, however, with a solid foundation beneath them, the sky’s the limit for the burgeoning business. “We have a done a lot of work locally but we’ve also done work in the Toronto area, Penetang, Huntsville, Whitby … basically anywhere within an hour’s drive,” said Lamondin. “People are impressed by our work and they like that we’re on the job and working. They like to see the owners on site. We’re very optimistic about the future.”